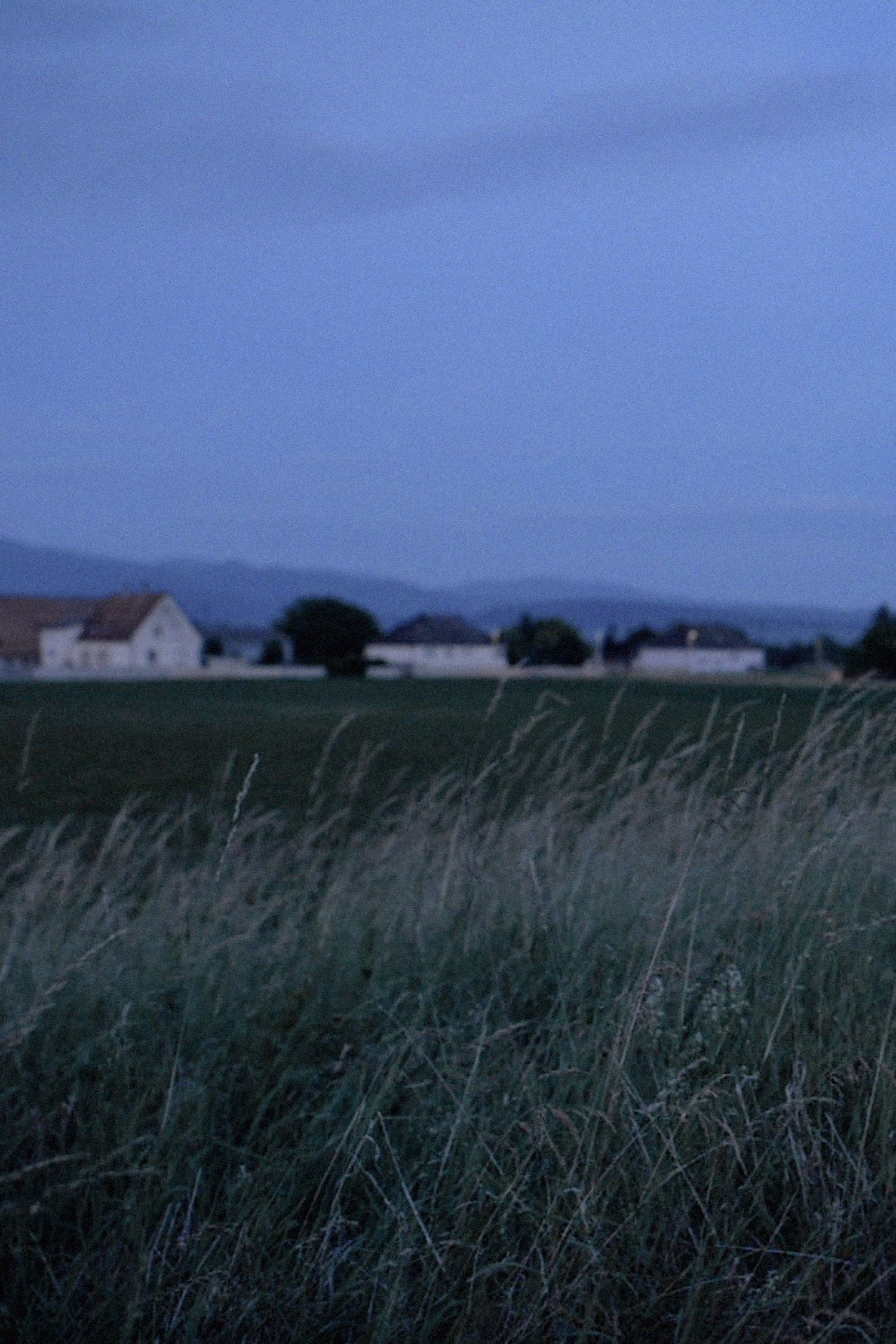 The diploma film thematises the symbol and meaning of « the border » in geographical, personal, religious and also political ways. The locations, most of which have been familiar to me since my childhood, were assigned to the above-mentioned types of borders and thus filmed, among other places, at the Rhine, the controversial nuclear power plant of Fessenheim and at a refinery, in various churches and chapels, in bunkers from the Second World War and in the woods around the Devil's Hill. The result is a short film that I perceive as a journey through different seasons and times of day, which begins on the Rhine in the industrial landscape, continues through various sacred places in a long night sequence, and then ends in the woods, where smoke trails rise out of the bunker buildings, which – together with a figure of the Virgin Mary and the Rose of Jericho in the black water – are my only interventions.